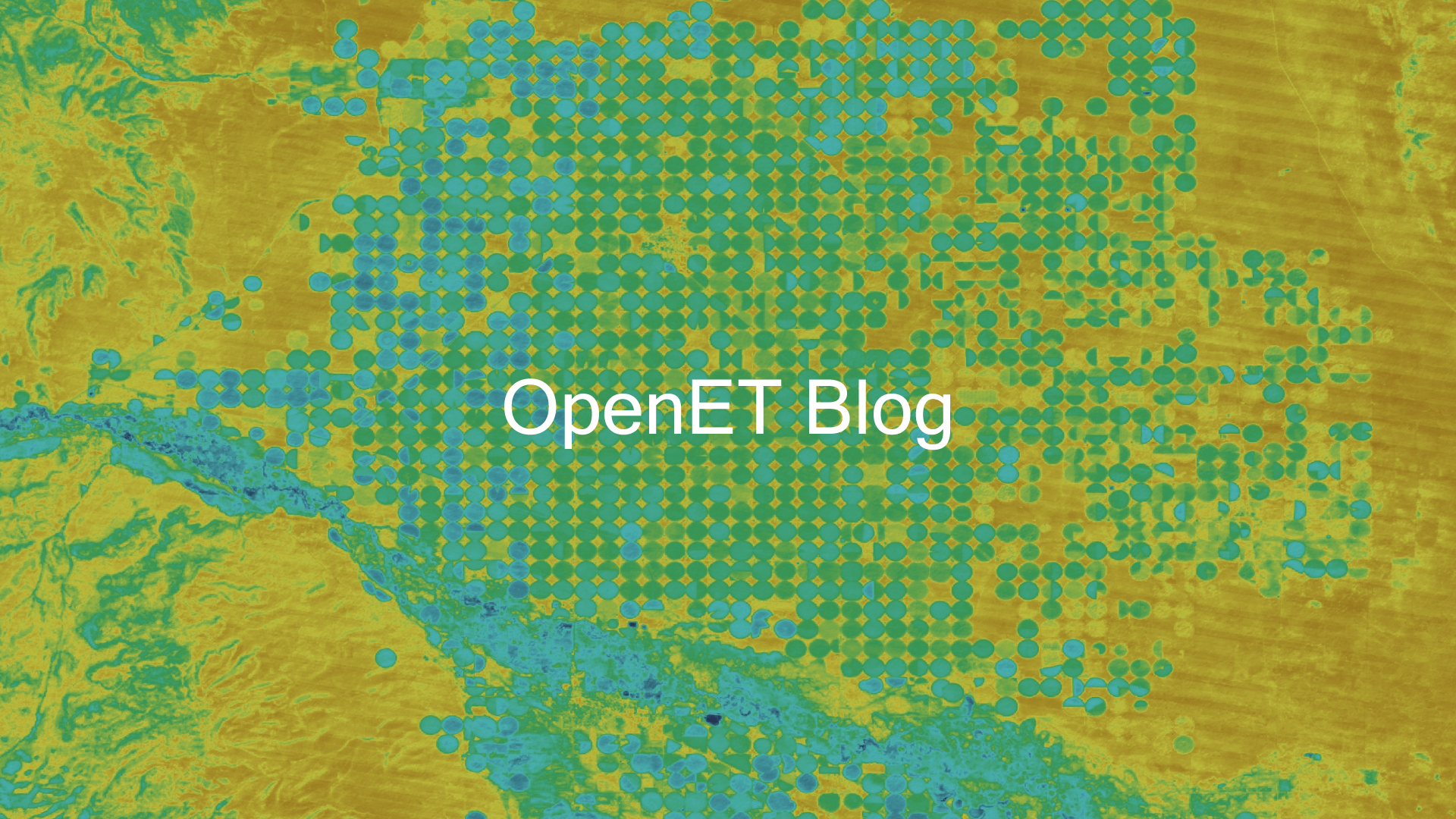 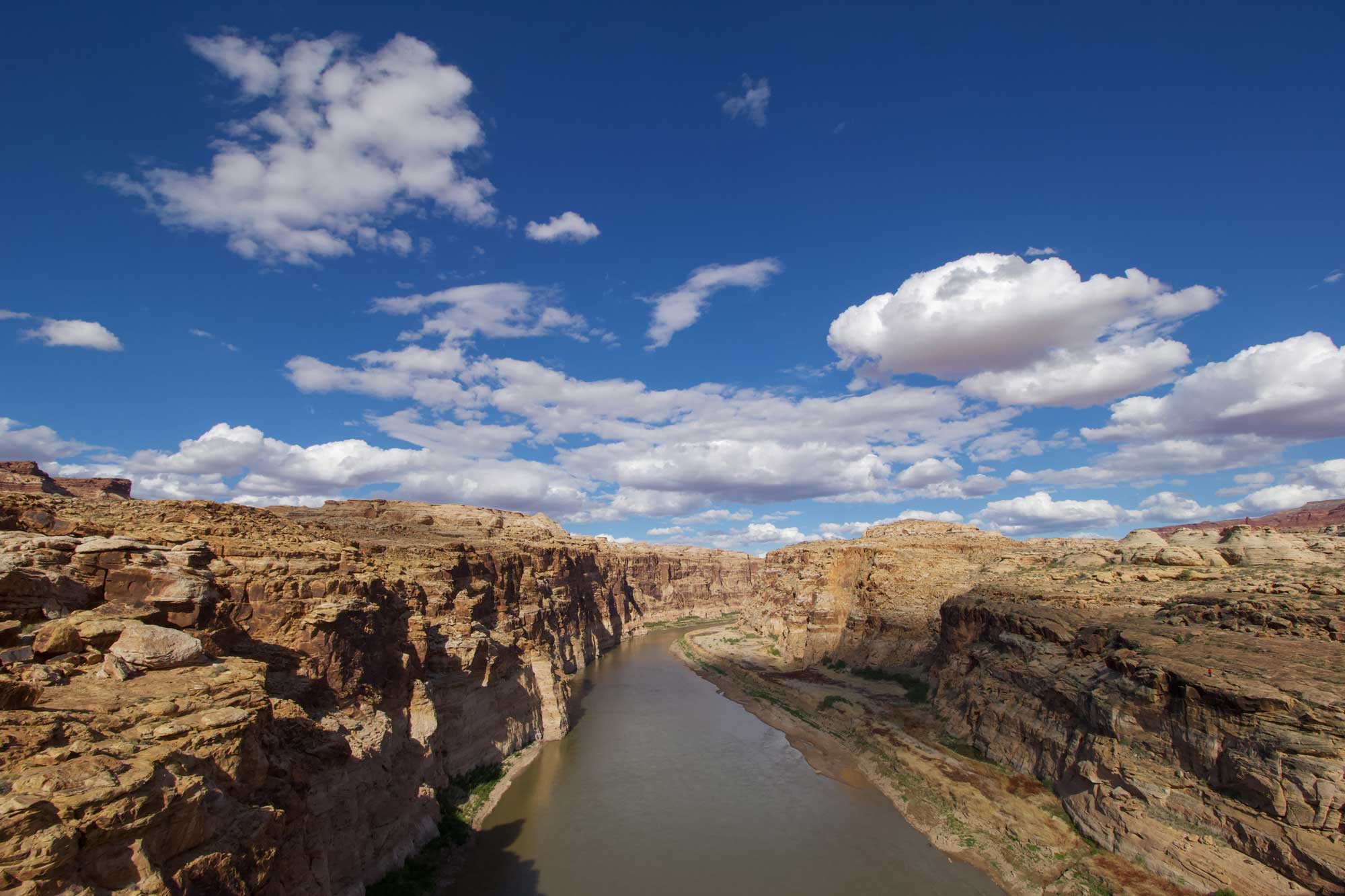 “Given recent years of low hydrology, climate change, and increased pressures on water users across the Basin, we don’t have the luxury of not utilizing the best available science and data for consumptive water use information.” — Sara Larsen, Deputy Director and Chief Engineer, Upper Colorado River Commission

This past summer, as the Colorado River Basin entered another historically dry year, the Upper Division States of Utah, Colorado, Wyoming, and New Mexico, through the Upper Colorado River Commission (UCRC), took an important step forward for sustainable water management by adopting a new method for measuring and reporting consumptive water use for interstate purposes.

After a nine-year study, the UCRC commissioners unanimously adopted a satellite-based method called eeMETRIC as the standard for measuring evapotranspiration (ET) and agricultural consumptive water use. This method is one of six methods (plus an ensemble) available to farmers, water managers, and interested stakeholders on the OpenET platform.

Evapotranspiration is a measure of the amount of water consumed by crops and other plants as they grow and can often be used to derive consumptive water use, which refers to all of the water within a system that cannot be recovered or reused. Accurate, timely, and reliable ET data can provide water managers with new approaches and opportunities to better measure water consumption and balance water supply and demand.

The Upper Colorado River Basin Compact, signed in 1948, created the UCRC and directs it to measure consumptive water use in the Upper Basin to ensure that obligations in the 1922 Colorado River Compact to the Lower Basin are met. Aside from that pivotal role, accurate and timely measurement of consumptive water use is important because the data support critical river operations modeling and long-term planning for the Colorado River, which provides water to 40 million people, irrigates more than five million acres of land, and flows through 11 national parks.

Previously, the Upper Division States, UCRC, and the Bureau of Reclamation used different methods to estimate water use that produced incompatible results, making it challenging for water managers and decision-makers to effectively use the data at interstate scales.

In an effort to improve data accuracy and consistency and enable more collaborative and responsive decision-making across state lines, the Upper Division States and Reclamation funded the effort to review and analyze a range of potential methods that showed some promise given the Upper Basin’s challenging topography and other characteristics.

The Consumptive Use Study Workgroup included representatives of the Upper Division States, the UCRC, and a multitude of academic researchers and contractors. The nine-year investigation included 1) an in-depth review of the various methods in use by the States at the outset; 2) an assessment of the expansion of climate and meteorological information needed to enable the consideration of more updated methods; and 3) a detailed, ground-truthed trial of crop coefficient and remote-sensing methods.

Based on considerations regarding accuracy, consistency with the best available science, relative cost, and ability to produce timely information, the study authors recommended the use of eeMETRIC as implemented within the OpenET framework, to measure agricultural water use in the Upper Basin. On June 14, the UCRC commissioners unanimously adopted a resolution to use eeMETRIC to measure agricultural consumptive use in the Upper Basin.

Sara Larsen, the UCRC’s deputy director and chief engineer, said that the resolution is a significant milestone in the Upper Basin’s efforts to quantify water use. She envisions a host of potential applications for timely and accurate agricultural consumptive use measurement, including the potential for better quantifying water conservation in the Upper Basin. The OpenET platform makes access to such data more accessible and transparent, serving as an efficient and easy-to-use tool for landowners who wish to better understand or quantify water use and track water savings over time.

In tandem with the Upper Basin, Reclamation has also transitioned to the use of eeMETRIC for calculating agricultural consumptive water use estimation related to irrigated lands for its annual Consumptive Uses and Losses Reports. The development of eeMETRIC (which stands for Google Earth Engine implementation of the Mapping Evapotranspiration at high Resolution with Internalized Calibration model) was led by Dr. Richard Allen of the University of Idaho and Dr. Ayse Kilic of the University of Nebraska-Lincoln.

The OpenET team became a critical partner to the Upper Basin Consumptive Use Study in its final year. OpenET provided a comprehensive intercomparison of method performance using the study data that demonstrated how satellite-based ET data could be produced and delivered in a timely, transparent, and inexpensive manner. The workgroup recommended that, as the science of consumptive use estimation continues to evolve and improve, the Upper Division States and UCRC continue to monitor those improvements and stay current with consumptive use estimation science and measurement. The OpenET platform will be a critical partner in that effort.

“OpenET is at the forefront of a new technology that can provide an efficient, cost-effective, and timely way to measure consumptive water use on multiple scales, from the field to the basin. We look forward to continuing our work with Reclamation and the OpenET team to investigate ways to further develop this tool and to continue to advance the state of the science in the Colorado River Basin.” — Sara Larsen, Deputy Director and Chief Engineer, Upper Colorado River Commission